Nate and his crew did a great job. They were fast, efficient and very courteous!
George & Allison Doyle, West Orange, NJ
The two young men were on time and did a great job at packing everything up and getting it into the
Elizabeth O'Donnell, Arlington, VA
I hired All Jersey Movers to move a piano I bought.
Lori Morris, Far Hills, NJ 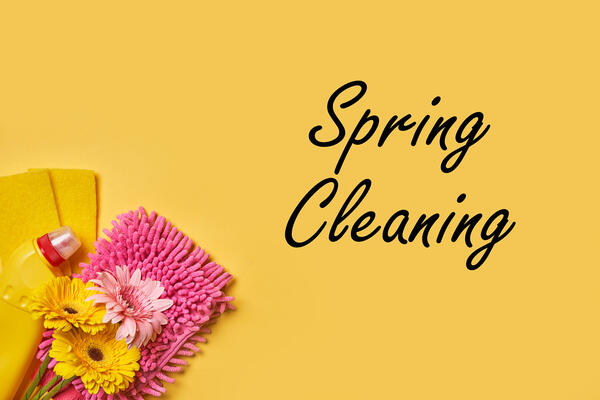 Spring Cleaning Before Your Move – Part 2

Behind the Scenes of a Sting to Snare Unlicensed Movers

The moving trucks arrived at the address in Wyckoff on a cold and rainy November day, ready to pack up the contents of an ordinary household move.

Instead, they found themselves the targets of a sting to catch unlicensed movers. 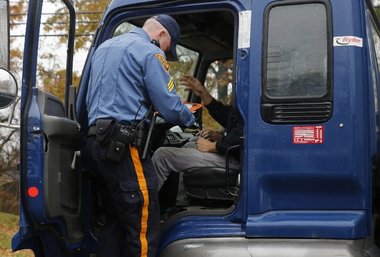 NJ Advance Media was on the scene for the sting, in which Consumer Affairs investigators posed as consumers who wanted to hire a company for a household move.

The operation -- a partnership between the state Division of Consumer Affairs, U.S. Immigration and Customs Enforcement, the New Jersey State Police and the U.S. Department of Transportation's Federal Motor Carrier Safety Administration -- nabbed 19 moving companies that were in violation of state law and led to 10 arrests, Consumer Affairs announced today.

As each truck pulled into the parking lot of an industrial complex, workers soon realized that they would not be moving furniture that day.

State troopers guided each truck to a stop and explained what was happening, sometimes climbing up on the trucks' running boards for the conversation. Investigators then went to work to find violators.

Some examined the company's paperwork, while others checked for warrants on the driver and other workers.

When one driver saw the collection of law enforcement at the location, he quickly made a sharp U-turn and sped off. Two troopers in separate vehicles chased the truck down and escorted them back to the checkpoint area. 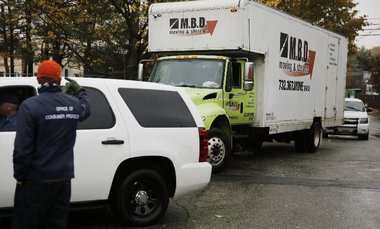 New Jersey State Troopers escort a truck driver back to a checkpoint after he sped off during a sting to catch unlicensed movers held by the Division of Consumer Affairs, the New Jersey State Police, DOT and ICE.Robert Sciarrino/NJ Advance Media

When the driver was asked why he tried to flee, he told officials he thought he drove onto a location where a movie was being shot and he didn't want to be in the way.

His company was among those cited as unlicensed movers.

"Too many consumers have been ripped off by movers who held their furniture and other goods hostage while demanding outrageously inflated prices," said Steve Lee, acting director of Consumer Affairs. "Protecting consumers begins with our enforcement of New Jersey's licensing laws."

The 19 cited firms face civil penalties of $2,500 each for soliciting intrastate moves -- moves within New Jersey borders -- without the required New Jersey license. Any company that applies for a license within 30 days will see the penalty reduced by half.

To date, seven of the companies have paid penalties totaling $12,500. Two of the movers have since become licensed, and two others have applied for licensure, Consumer Affairs said, noting that each company has the opportunity to contest the assertion that it violated the law

Of the 10 people arrested, seven were taken into custody by ICE for allegedly being in the country illegally, the state said. Of those seven, three were previously convicted of crimes, the state said.In addition to the company violations, the sting exposed some alleged lawbreakers, Consumer Affairs said.

Additionally, State Police arrested three moving company employees because they were wanted on warrants, including unpaid child support or unpaid traffic violations, the state said."ICE is pursuing federal criminal prosecution for one of these individuals who was previously deported and allegedly had illegally reentered the United States," the state said in a press release.

And, the state said, two moving companies sent drivers who did not have valid driver's licenses.

Movers performing intrastate moves must be licensed by Consumer Affairs, maintain cargo liability insurance, workers' compensation insurance, and bodily injury and property damage insurance. Each vehicle used by the company must be registered, properly marked, insured and in compliance with state regulations. 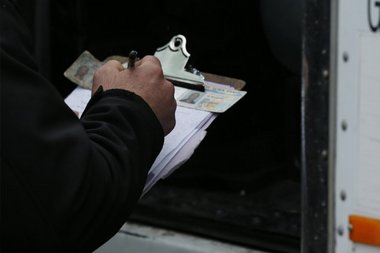 Law enforcement checks the paperwork of a moving company during a sting to catch unlicensed movers.Robert Sciarrino/NJ Advance Media

"Moving companies must comply with our laws," acting Attorney General John Hoffman said. "Consumers should learn as much as possible about any moving company - including learning whether it is registered - before entrusting its employees with their belongings."

Know that an attractive web site doesn't mean you're looking at a legitimate company that's properly licensed, Consumer Affairs' Lee said. Most of the companies that showed up for the sting used online listings, with 10 using professional-looking web sites and seven using Craigslist and/or Angie's List listings, the state said. The others used other online venues.

When you find some companies to consider, first call Consumer Affairs at (800) 242-5846 to ask if the companies are licensed. Also ask if there are any consumer complaints against the movers.

When you select a mover, know that it is required to send an estimator to your home to provide a written estimate of the job. Movers can estimate the costs by an hourly rate, by weight or miles traveled or by cubic measurement.

When you pack, Consumer Affairs recommends you never pack jewelry, money or valuable documents with your goods. It said the mover is not responsible for items of "extraordinary value," so you may be better off moving those items yourself. 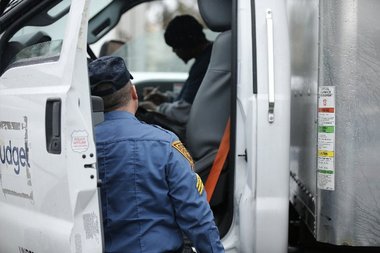 A rental truck was used by several of the moving companies cited in a sting to catch unlicensed movers, which Consumer Affairs says is a violation.Robert Sciarrino/NJ Advance Media

On the moving day, make sure the truck that comes to your home isn't simply a rental truck, but is one that's registered with Consumer Affairs. Three of the movers cited in the sting used Budget rental trucks, even though rentals are not permitted.

As your items are being delivered, check that all your goods arrived safely.

"If any are lost or damaged, notify the mover immediately. A damage claim can be filed up to 90 days after the move date," Consumer Affairs said. "Unless you purchase additional coverage, the mover is required to compensate you only up to 60 cents per pound, per article, for damages."

You can read more tips from Consumer Affairs here.